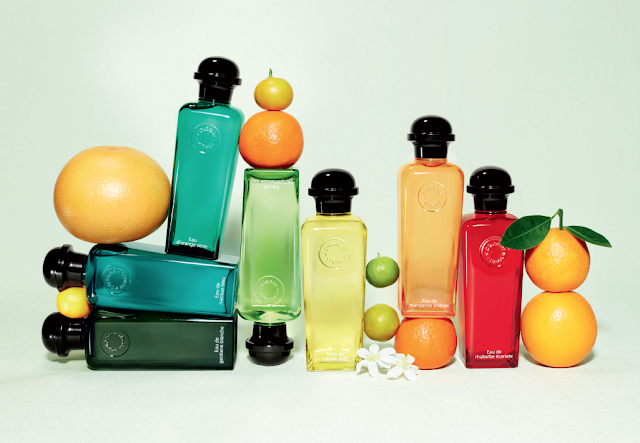 Be on the look out for 2 more scented reveries from the house of Hermès this year!
Eau de Neroli doré and Eau de Rhubarbe écarlate are set to bring some colour and zest to 2016 in true Hermès fashion: a pair of vivacious and bracing tonics that beg to be worn with abandon.
The former, created by in-house nose Jean-Claude Ellena promises vibrant and enveloping freshness, and the latter - the creation of perfumer Christine Nagel, boasts a unique red/green freshness which is both sharp, crisp and mild. 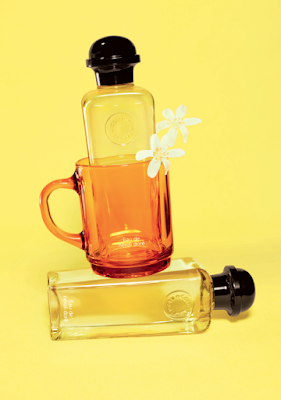 With Eau de Neroli doré, Jean-Claude Ellena's fifth creation in the Cologne family, he has given free expression to the raw materials and to the memories of his Mediterranean youth. Neroli, the essence extracted from orange blossom, named after the 17th century Italian Princess of Nerola, in fact used it to perfume her gloves.

"When I started out in the profession of perfumer", says Jean-Claude Ellena, "I learned to distil raw materials, including orange blossom. When you enter the world of stills, you are immersed in the scent, impregnated with it, you become it. My entire being was fragranced with orange blossom. To reproduce this sensation, where normally one uses very little neroli in fragrances, I used it abundantly, with abandon, as never before".

And to pay tribute to his cherished Mediterranean, to its history, its sunshine and its spices, he enhanced this golden neroli with saffron. 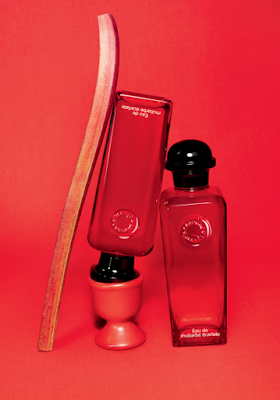 With Eau de rhubarbe écarlate Nagel creates a unique and bold freshness that is more vegetal than citrus. More textured, more marked, it offers a new sensation that reawakens the memory of inhaling the scent of rhubarb in the garden before its picked.

"When you work with rhubarb stalks", explains Nagel, "when you reproduce simple age-old gestures, the scent bursts forth. I have always liked the duality of rhubarb, both visual and olfactory. Its green colour metamorphoses into red. From acidic and crisp, its scent becomes smooth and velvety".

Nagel has sought to amplify certain olfactory traits... she sought a fleshy and delicate rhubarb, exalted to the point of yielding a scent of refined white musk. Brisk and invigorating, the act of spraying it on oneself diffuses freshness, and no more needs to be said. It is self-evident.

The two new colognes will be offered in 200ml, 100ml and 15ml sizes, and will also be introduced as part of the Le Bain d'Hermès line.