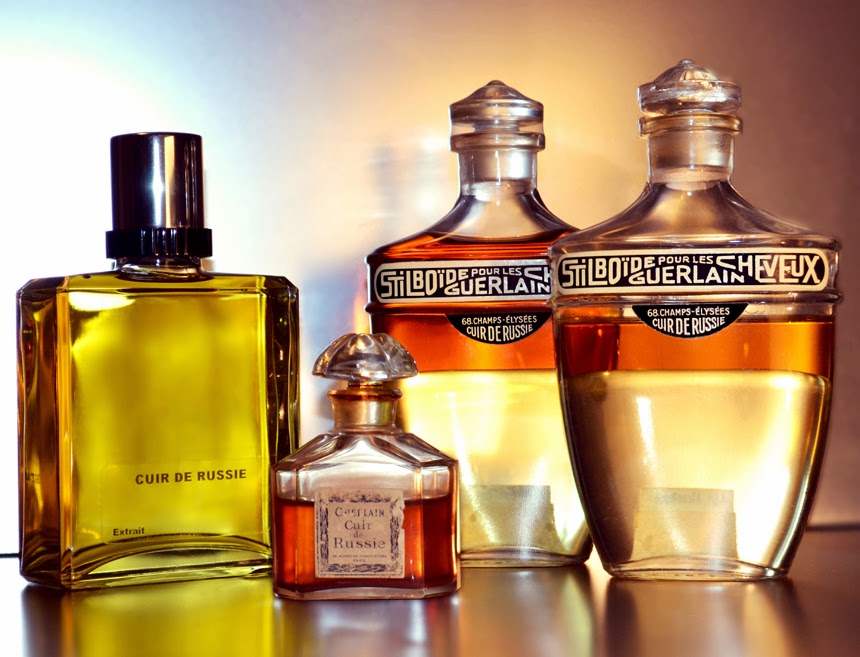 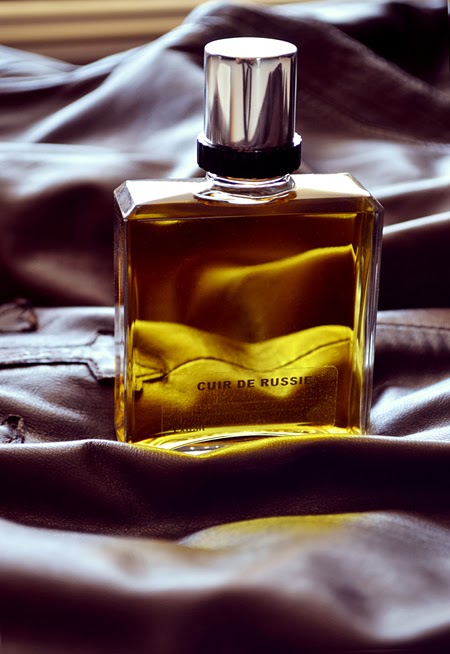 I believe my indulgent gift was sent to me because of my known love of Aimé Guerlain's unique take on Russian Leather. And in the Cuir de Russie spectrum, this one knocks all others that share the same name flat on their backs! There are none of Gabrielle Chanel's aldehyde-rich semi-transparent shenanigans... the Guerlain interpretation - I still maintain - is possibly the thickest, smokiest iteration ever made. The 'modern' extrait from my gifted bottle is the identical twin to my vintage... with perhaps only the citrus flight being more pronounced and intact, as compared to my oxidised, over-macerated antiques. Wasser and Sacone have been true to their word when they say their formulas are original... Cuir de Russie 2014 is every bit as unapologetic and robust as my bottles are from the 30s to the 50s.
Key notes present in this perfume are citrus, birch, styrax, and a floral nucleus including iris and gardenia. These florals are so seamlessly worked in to the composition that they only peer through the plumes of coal-grey bitter smoke from time to time. The trail is resolutely chypre in style with abundant musks and oakmoss. Cuir de Russie is dry, sooty, and still defiantly tippy-toes the line between masculine and feminine. I am not altogether certain if this arresting scent will join the others in the famed Hall of Mirrors at 68 Champs Elysées, but a part of me genuinely hopes it does. It would be an opportunity missed not to share this unique and arresting odeur with the world... if not to memorialise the work of Guerlain's masterful forefathers, then to celebrate Wasser's efforts in remaining true to Guerlain's vast and hallowed history.
10 comments: