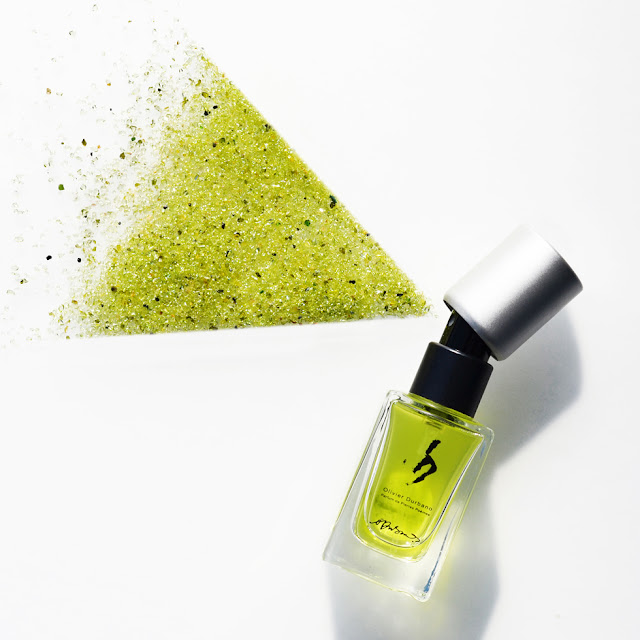 Each September in the lead up to Pitti Fragranze (the international perfume and fragrance trade expo held in Italy) I find myself awash with excitement; overwhelmed with an eagerness to learn which new stone has been plucked from the vast repository of jeweller / perfumer Olivier Durbano, and has been fashioned into one of his olfactive 'Stone Poems'. Last weekend, Olivier presented the eleventh scent in his series, Chrysolithe to a very receptive international audience. Today, Tuesday, a bottle has reached my desk here in Perth, much to the delight of a very adrenalised Sorcerer! Chrysolite is a name given in antiquity to any number of stones in the yellow/green spectrum. Today however, the term which was once give to a whole cornucopia of gems, has narrowed somewhat to describe chiefly one stone in particular: Peridot.

This past weekend marked the 16th wedding anniversary of yours truly and Mrs Sorcerer, and quite by coincidence, Peridot is the stone traditionally given on this occasion. I'm sure Monsieur Durbano could not have imagined how well timed this release was; particularly as it has already taken place amongst my most favourite perfumes in his collection to date. It represents something quite unlike any other perfume he has released until now, and in fact, like nothing else I've ever smelled. Period.

Chrysolithe has been referenced in the Holy books of many cultures and is a stone linked closely to the Gods. It is the stone said to have even been one of the foundation stones of Jerusalem, and it is right here that the artistic focus of this perfume becomes a lot sharper for me. Chrysolithe - the perfume - I find, straddles the line between the East and the West. It feels distinctly French in its approach, but in the olfactory register it veers more towards the Near and Middle East... a fanciful jaunt along the mesopotamian basin; green oases in the sands; hammered Persian gold; bustling soukhs filled with viridian hand-dyed silks.

Chrysolithe opens with a sparkle of lemony-green verbena whose tartness is instantly diminished by the herbaceous spiciness of hyssop - a plant with a slightly camphorous quality. This is underpinned by a bouquet garni of cumin, black pepper and cinnamon which each lend warmth to the composition. A flash of ginger proffers a sharp 'bite' to the topnotes, and ushers in an aromatic heart of rosemary and sage. These notes feel dense and oily, but are broken up by flowering jasmine which adds a certain softness and roundness. A woody, earthy trail unravels, which at times - given the condiment-like piquancy of the top and heartnotes - flickers between musky and leathery animal facets in a somewhat astonishing fashion. Chrysolithe feels genderless and compelling... a perfume which for the most part in fact, defies adequate description. It is the perfect marriage between green aromatic accords and woody spicy notes...the sum of which surprisingly propel the author to landscapes dotted with whirling Dervishes, open desert fires under a rising crescent moon, and lumbering Bedouin caravans. Oddly - for those familiar with Olivier's work - this is another of a small few scents in the series that do not carry his signature 'Durbano-ade' of Somali Frankincense, but that is certainly not to its detriment. Chrysolithe - whilst a unique and distinct creation unto itself - does not feel at all out of place in the distinguished company of its older brothers and sisters. 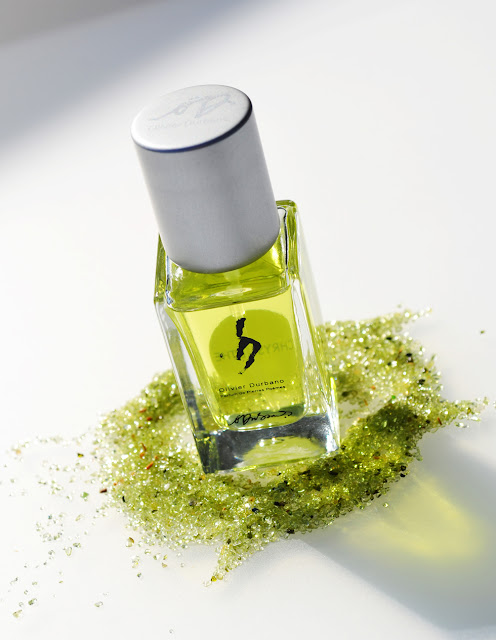 In 2015, Olivier Durbano continues to prove he is a master of his craft, and indeed an accomplished interpreter of the stones that have enchanted him since childhood. Chrysolithe is the olfactory apogee of his hard work this past year, and gives rise to more exciting additions as he continues his journey moving forward. Olivier's is a path that is paved with baubles both rich and rare, and I, for one, cannot wait to explore it with him. 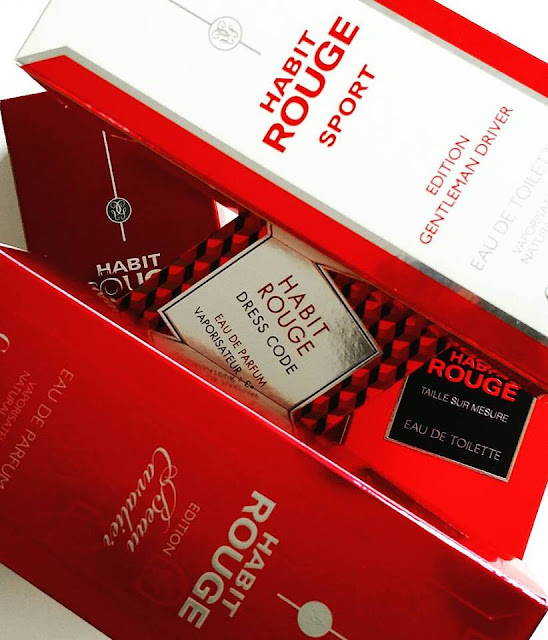