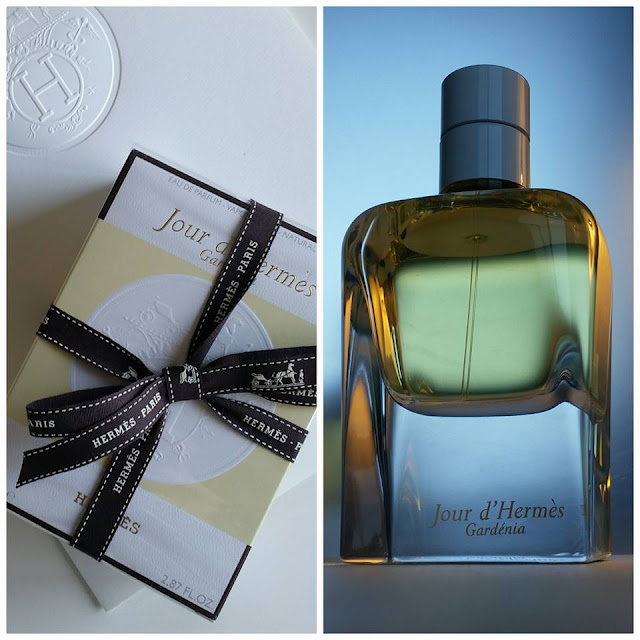 In 2015, Hermès in-house parfumeur Jean-Claude Ellena continues to stroll in his garden to find a guiding light; one which will transform his 2012 creation 'Jour d'Hermès' into a paragon of femininity and fortunately he has done just that. This year, his eyes have settled upon the gardenia - a flower whose narcotising and mesmerising perfume has won the hearts of millions the world over.


Jour d'Hermès Gardenia represents the dawn of a new day... a whisper of feminine charm laying just below the horizon; the anticipation of the beauteous sun about to breach the skyline before climbing in the filament. Illuminated by a single flower, gardenia serves as the backbone upon which this profusion of florals has been planted... Jour d'Hermès Gardenia is an aria to sensuality. Bursting with intoxicating blossoms of rose, jasmine and tuberose, they are dragged into the celestial orbit of the gardenia - a flower which has remained the symbol of womanly appeal for millennia.

Straying somewhat from the Jour d'Hermès and Jour d'Hermès Absolute trajectory (but still managing to remain recognisable as their younger sibling), Gardenia is resolutely more delicate... the sensation of a zephyr of wind caressing the skin, or the gauzy, diaphanous tickle of silk dragged across the body. Jour d'Hermès Gardenia forms a luxurious vegetal/solar halo around the wearer.

Already launched in Europe, Jour d'Hermès Gardenia will reach retailers shelves here in Australia this September, and as with all scents from the esteemed Hermès stable, it will not disappoint.
Visit hermes.com for more information.