If your name appears above, please send your full name and preferred mailing address to:
sorceryofscent {at} yahoo {dot} com {dot} au
and your info will be passed on to Puredistance who will dispatch your prize directly.
Facebook winners can respond either by email, or facebook private message.

Thanks to all who entered, and congrats again to those who triumphed this time! 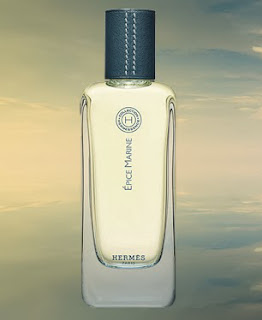 In October 2011, Hermès nose Jean-Claude Ellena visited Cancale, a seaside commune situated in Brittany in northwestern France. In a region close to Saint-Malo (known historically for its sea-faring trade and piracy), Cancale is a scenic fishing village that is perhaps best known for its farming of oysters... an astonishing 7.3 square kilometres of oyster beds dominate the landscape, clearly visible on the tidal mudflats along its shores. Ellena was en route to meet with "Cuisinier Corsaire" (Pirate Chef) Olivier Roellinger - a three-Michelyn star chef, and Concale resident since birth.
The reason for this meeting between a man who lives by his taste, and a man who lives by his nose... to engage in a discussion that in 2013, has culminated in the first 'Pirate Hermessence': Épice Marine.

Roellinger's distinctions and career accomplishments read like those of culinary royalty. Through his cuisine, he recounts maritime history from the Mont-Saint-Michel Bay, using local fare combined with exotic spices he has collected from around the world. His inventive "spice powder" creations have seen him open his successful Épices-Roellinger outlets in Cancale, Saint-Malo and Paris. So, who better for Jean-Claude to liaise with, whilst contemplating a new Hermessence? Their shared passion for delighting the senses came into sharper focus whilst strolling the Bay, and it was here - overlooking the bleak channel awash with monochrome hues - that Ellena found his inspiration.

Épice Marine unifies the warmth of spices with the cold of the barren ocean. It opens with a brisk sparkle of bergamot, which feels both energising and lively. Its flight incorporates a feeling of green... something sharp, incisive and slightly salty... one can almost sense the taste of brine drying on your lips. A beautiful toasted cumin note sails up from beneath - it smells woody and also a little nutty, and resides in a register of astonishing sensuality. As the perfume washes over skin, one can recognise algenone - an accord Ellena has used to furnish the fragrance with an oceanic quality... not a synthetic blue "marine" accord common to many mainstream releases, but rather, one that exemplifies the majesty and vastness of the ocean. It hums with a seaweed-like intensity; it feels blue-green and fathomless. 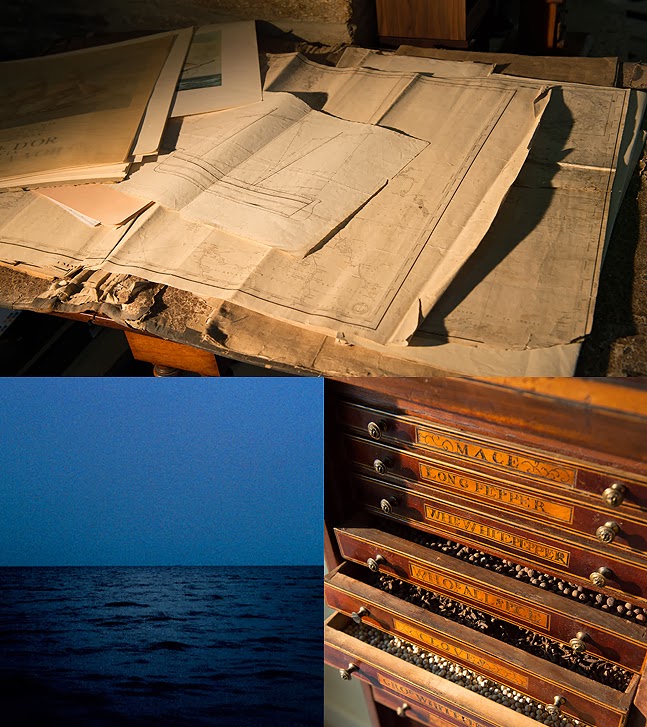 When consulting with Roellinger on taste and smell, it was suggested that Ellena try a particular scottish whiskey - Bruichladdich - which Roellinger felt in some way was pregnant with odours and flavours that typified the region... that of mist and pebbles and smoke. Ellena agreed, and, after procuring a bottle, wore it for a time on skin. He then composed an olfactory 'sketch' of the beverage which was later worked into the heart notes of Épice Marine. One can distinguish this facet clearly as the scent dries down... it brings a hazy, smouldering warmth to the composition... one that doesn't feel at all out of place on this 'pirate perfume' canvas. Épice Marine is quite simply astonishing in its soberness and intensity... for anyone who has lived near the sea (particularly through cold winters), or has fond memories of hours spent fossicking along the low tide line first thing in the morning, they will find much to love in this bottle. This, the eleventh  Hermessence in the Hermès portfolio manages to capture all the odours of the bay on a cold evening, and the coziness of returning home to sit near an open fire at night. Épice Marine really does showcase the talents of Jean-Claude Ellena as a master of his craft. 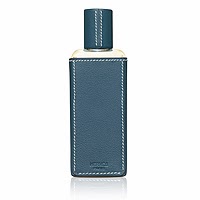 Épice Marine is available from October 2013 in Hermès boutiques, and is rolling out internationally in Hermès online stores.

It is available as a 100ml eau de toilette with saddle-stitched marine-blue leather cap, and a special presentation with an exquisite matching leather sheath.

One to be cherished. 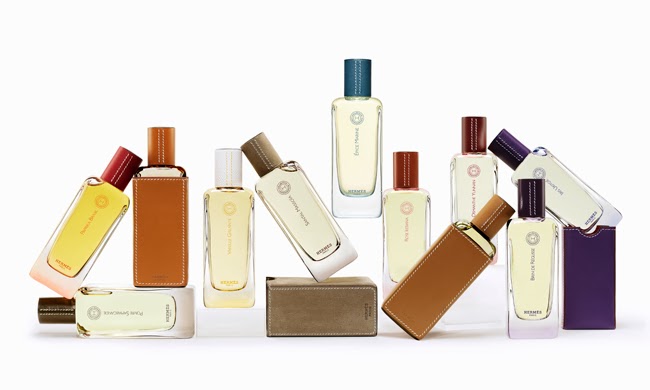 GIVEAWAY! Win one of 10 samples of PUREDISTANCE BLACK 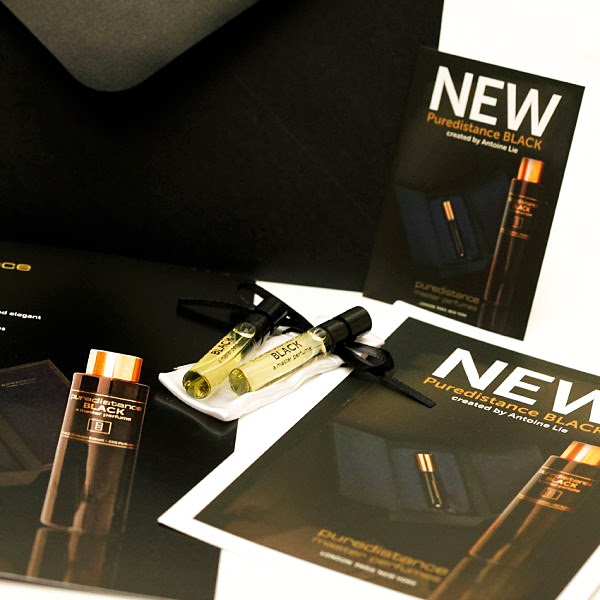 Sorcery of Scent and the good folk at Puredistance have joined forces in the lead up to the launch of Puredistance BLACK and are offering you the chance to WIN one of 10 Black samples.
To be in the running, please leave a comment under this post, explaining why (in 25 words or less) you would like to try the latest Puredistance fragrance.

The winners will be drawn at random, and names will be published here on Monday November 11th.

This competition is also being run on the Sorcery of Scent facebook page, so for an additional chance to win, don't forget to 'Like' the page and leave your comment there also.