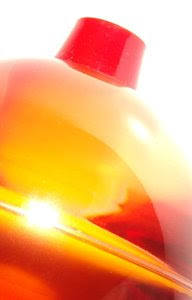 I've just returned from holidays in Athens, where I was first introduced to the Korres Natural Product line. Korres is a Greek company whose roots lie in Athens' first ever Homeopathic Pharmacy, and since 1996, has offered safe botanical products for hair and body. With a number of light Body Water products already to their credit, I was delighted to learn that they were launching 3 brand new eau de toilette fragrances at the time of my visit...
Rose Wood / Blackcurrant / Cyclamen
A feminine scent, rich with dark rose petals, fragrant cyclamen, dark berries and green leaves.
Saffron / Amber / Agarwood / Cardamom
A scent for men, bold, warm, exotic and commanding with its notes of saffron, agarwood, and cardamom.
Pepper / Jasmine / Gaic Wood / Passionfruit
A bracing unisex perfume, carefully balancing piquant peppercorn, rare Gaic wood and soft fruity florals.
Though I secretly wished Korres had come up with a series of less complicated names for their new edt's, I can understand their desire to strip each scent back to its botanical basics. For a series of fragrances whose formulations do not contain phthalates, polycyclic-musk compounds and nitro-musks, the "natural product" tag certainly rings true. All three offerings are well-composed, and excellent value for money.
I was particularly taken by the men's edt: Saffron /Amber /Agarwood /Cardamom.
With a lineup of components as such, one might imagine a stink-bomb of dizzying accords, but Korres has approached this cologne with astonishing sensitivity. The saffron is present from the get-go, as is the agarwood and cardamom. I would comfortably draw parallels between this edt and YSL's M7, though, perhaps with the volume turned down. The amber note it contains - composed of botanicals - does not lend the honeyed heat one might expect from a scent containing amber... rather it establishes a feeling of semi-transparent warmth, upon which the cardamom, saffron and agarwood rest comfortably. It is a scent that can be applied liberally without fear of offending others in close contact with the wearer. In some regards it is a cleaner, truer version of its more famous competitor.
I ran across this cologne whilst buying cold and flu caps at the local pharmacy in Piraeus. With only small change in my pocket at the time, I postponed my purchase until a later date. At a mere €34 for 100ml, it was certain to reside comfortably in my collection. The SA mentioned there was a Korres boutique at Athens airport, and I decided I would grab a bottle or two upon my departure. Some days later, I checked in my luggage, squeezed through security with my liquids allowance under careful scrutiny from Greek customs, and made my way for the store. Imagine my disappointment when learning that the boutique had sold out of Saffron / Amber / Agarwood / Cardamom!
An hour or so later, I boarded the plane, savouring the spritz I had released from the tester onto the back of my hand. Despite all her treasures, I have found yet another reason to return home to Greece. Toute suite!