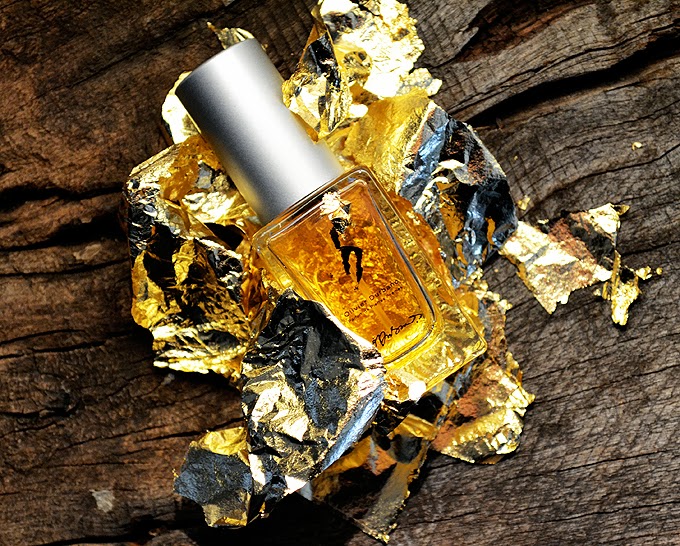 In 2009, I had the pleasure of meeting and interviewing Olivier Durbano at his home atelier in the Marais in Paris. In those few hours of my time there, I recognised Olivier to be a man driven by his dreams; a man to whom spiritualism and symbolism play an important role in all that he does and all that he is. On this occasion, I asked this accomplished jeweller / perfumer what it was that sparked his very first interest in stones. With a smile, he took from a shelf a baseball-sized rock that was the colour of ash, and placed it in my hands. It was heavy, and largely dull, save for a few scattered facets that reflected the light of the lamps in his room. "This stone" he said. "I saw it when I was five, and I had to have it. It is an uninteresting stone, but to me, it possessed some magic".
And there it was... a boy - now a man - who has treasured this childhood relic because it fired his imagination. Because in the wildest fantasies of that boy, it might have been anything: a dragon's egg, a stone age-tool, or maybe something that fell from the sky. Now, many years later, Monsieur Durbano has launched the ninth in his series of perfumed stone poems - one based on the fictitious Lapis Philosophorum (The Philosopher's Stone)... a rock of legend, said to possess the power to turn base metals into gold.

References to the "Philosopher's Stone" date back to biblical times, but was perhaps popularised most in the Middle Ages in alchemist folklore that asserted that substances like stone, could be transmuted into alloys like gold. As science has advanced, we now recognise that this concept is a myth, but old texts repeatedly cite the existence of such a stone. Naturally, to a man whose imagination is rife with a love of lore and fantasy, what better subject matter is there to transform into a scent?

As per Olivier's history of olfactory releases, he has approached the creation of this fragrance with a great measure of sensitivity. It possesses his now-recognisable DNA, in that it has a unique flinty, mineralic quality that other perfumers fail to grasp (or at least, fail to translate as effectively). Lapis Philosophorum strikes a balance between the base stone itself, and the alchemic processes that have resulted in its metamorphosis.

This scent opens with a sparkle of grapefruit, and a sappy/boozy shot of juniper... it feels sharp and elemental, right out of the bottle. A huff of menthol is apparent somewhere beneath, and it imbues the topnotes with a medicinal / camphorous quality. (The resulting sensation is not too dissimilar to the unique use of a 'turpentine' accord in Durbano's Turquoise). A whisper of white truffle brings with it a slightly earthy, almost buttery feel, which diminishes the camphorous aspects by half. The heartnotes of frankincense and mesquite (a woody tree native to the America's with a meaty, charred scent profile) hint at a raging furnace, fanned with a primitive foot pump... one can almost glean a sense of sulphurous steam swelling on the air - an olfactory snapshot of the whole alchemic process as it unfolds. Warm resins (opoponax and myrrh)  and musk support the idea of unrelenting warmth, sweat and toil; an oakmoss base brings with it a feeling of antiquity. Lapis Philosophorum is an olfactory rendering of the alchemist's workshop - the bubbling, the hissing and the crackling embers... but through the plumes there is even a hint of gold - a flash of precious metal; the final prize!

This scent - unlike any of Olivier Durbano's other creations, is the only fragrance fashioned on a non-existent stone. His previous perfumes each represent a literal and metaphysical translation of a semi precious gem, whilst Lapis Philosophorum is a striking scent born out of pure fantasy. It embraces mythical lore, poetry, fantasy, and perhaps a little of that magic that a young Durbano dreamed about when holding his unexciting grey rock.

This is arguably Monsieur Durbano's most mature and consummate creation yet.