I'm sure you'll forgive me for a moment for championing some home-grown talent, but watching Aussie milliner extraordinaire Naomi Goodsir's star rise in recent years has been an absolute joy to behold... particularly where her stunning fragrances are concerned. Goodsir has built her international reputation on the back of her quirky, newfangled and luxurious headwear which has had the spotlight trained to it since the early 2000's. More recently however, it has also been in part, for her parfums d'exception.

In October 2012, Sorcery of Scent reviewed the exquisite Bois d'Ascese and Cuir Velours - a pair of striking scents that marked Naomi's first foray into fine fragrance. In 2014, Parfums Naomi Goodsir have launched Or du Sérail - the latest in the trio which speaks of Asiatic opulence and richness.

Or du Sérail is a Bertrand Duchaufour creation with an enchanting Oriental slant... it captures the sensation of warm skin, hazy air and golden light. A citrusy, fruity opening tickles the nose with the scent of plump berries and tropical fruits... a cornucopia of dewy, nectar-like accords that stimulates one's saliva glands. Moments in, a huff of chocolatey / coconutty lavishness appears over a steadily-thickening seam of warm, ambery accords that swell from beneath. A sweet, heady wisp of ylang ylang imbues the heart with a staunchly sensual feel, whilst a swirling ribbon of golden brown tobacco and fragrant woods bring with it a bittersweet richness reminiscent of the air trapped in a hookah den. As Or du Sérail unfurls, one cannot help but be enchanted and consumed by its narcotising lavishness. It's trail lingers on skin for many hours - a caramel-like whisper left behind to beckon and cajole.

Hats off (no pun intended) to Naomi and creative director Renaud Coutaudier. Or du Sérail takes its place amongst its older siblings as not only a very worth successor, but also one of the most interesting niche releases of this year.

Or du Sérail is available in Australia at Peony Haute Parfumerie in Melbourne, or internationally at e-tailers such as Ausliebezumduft. 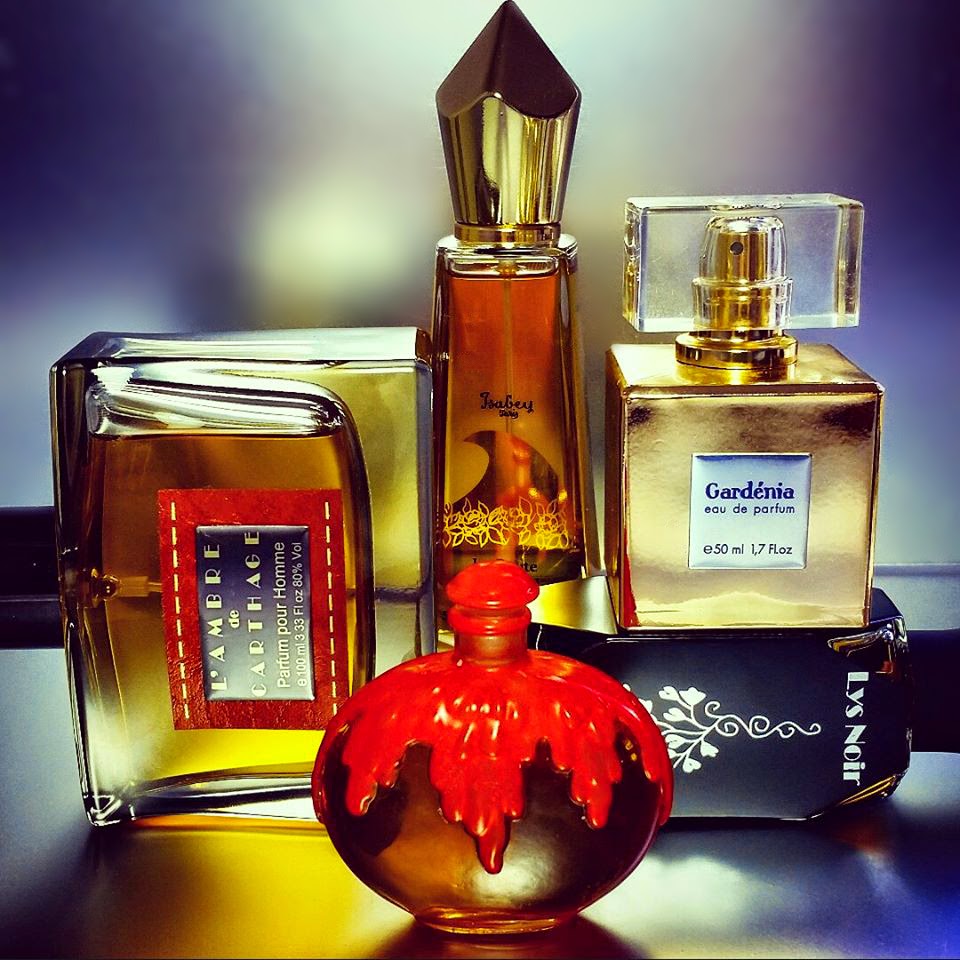 On any given occasion, ask my wife what fragrance she is wearing, and 8 times out of 10, she will tell you "Isabey"... which (if we're to be honest) isn't 100% true. Her signature scent is in fact Isabey's "Gardenia", and has been since the early 00's. Why so vague then? you might ask. Well, her nebulous response is not for fear of divulging a closely guarded secret, but rather because both she and I hope that our non-definite response might compel the inquirer to take some time to investigate the *entire* Isabey line. Parfums Isabey was founded almost a century ago, but it is only in recent years that they have had the spotlight trained to them again. And deservedly so.

In 2009, I wrote this article on the renaissance of one of France's most luxurious perfume houses, Isabey, and the release of their then-new fragrance Fleur Nocturne. Isabey - a brand new company in the early 1920s - decided to exhibit their perfumes at the world famous Exposition des Arts Decoratifs in Paris in 1925 and - up against giants such as Houbigant and Coty - managed a coup... they were awarded a Gold Medal for their perfumes, packaged in enchanting flacons and exquisitely crafted perfume presentations. In the years following, Isabey continued to manufacture exceptional perfume bottles designed by some of Europe's biggest glassmakers: Rene Lalique, Julien Viard, Andre Jollivet and Ludwig Moser, and many still stand today as a yardstick against which many other luxurious perfume presentations are measured. (A single boxed Isabey flacon sold at auction in 2012 with the hammer price achieving a staggering €61,000; setting a world record in sales of antique perfume bottles).
Unfortunately, when war tore through Europe in 1944, Parfums Isabey vanished as so many others did. But this was not the end. In 2001, the Parisian House of Panouge resurrected this iconic brand, and bought it back from the foxed pages of history.

Parfums Panouge (PArfums NOUvelle GEneration) looked to the heritage and traditions of the House when approaching it's reinstitution. With careful consideration given not only to the reconstruction of the parfums, but also the flacons and packaging, Panouge have exhibited a keen understanding and sensitivity to Isabey's past. Perfumer Jean Jacques and artistic director Rania Naim observe these traditions and have created eye-catching and tactile presentations that tip their hat to the creations of yesteryear. To date there have been five Isabey perfumes reprised. They are:

In producing these scents, Jean Jacques echoes the sentiments of Robert Bienaimé - his predecessor and Isabey perfumer of almost a century ago. Here are some brief words about those that have not yet been featured on Sorcery of Scent. 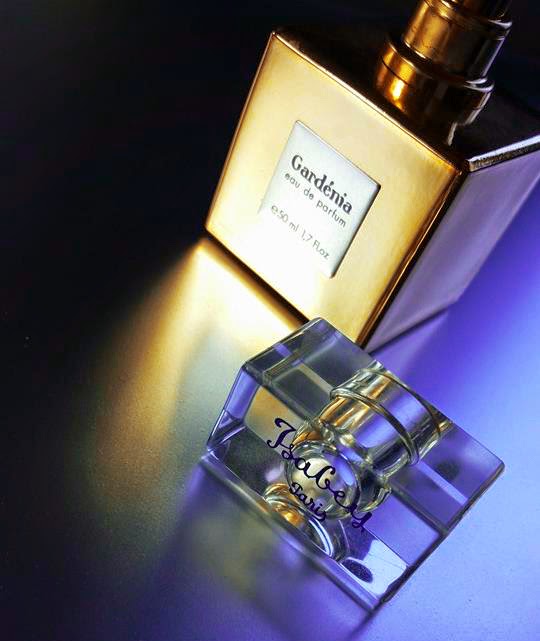 The perfume that was first revisited and reintroduced in an exquisite "pearl" limited edition flacon in 2001, later became a more accessible EDP.

A magnificent overture to femininity, Gardenia acts as a sumptuously velvety mantle composed of blossoming florals... ylang ylang, jasmine rose and iris feature over a glowing heart of gardenia. This scent feels warm and cashmere-like, but also has qualities that are luminous and radiant. Foundation notes of sandalwood and musks allow it to rest on skin for many hours.  Gardenia is an exemplary composition that will enchant and beguile... it is sensual, seductive and infinitely sophisticated. 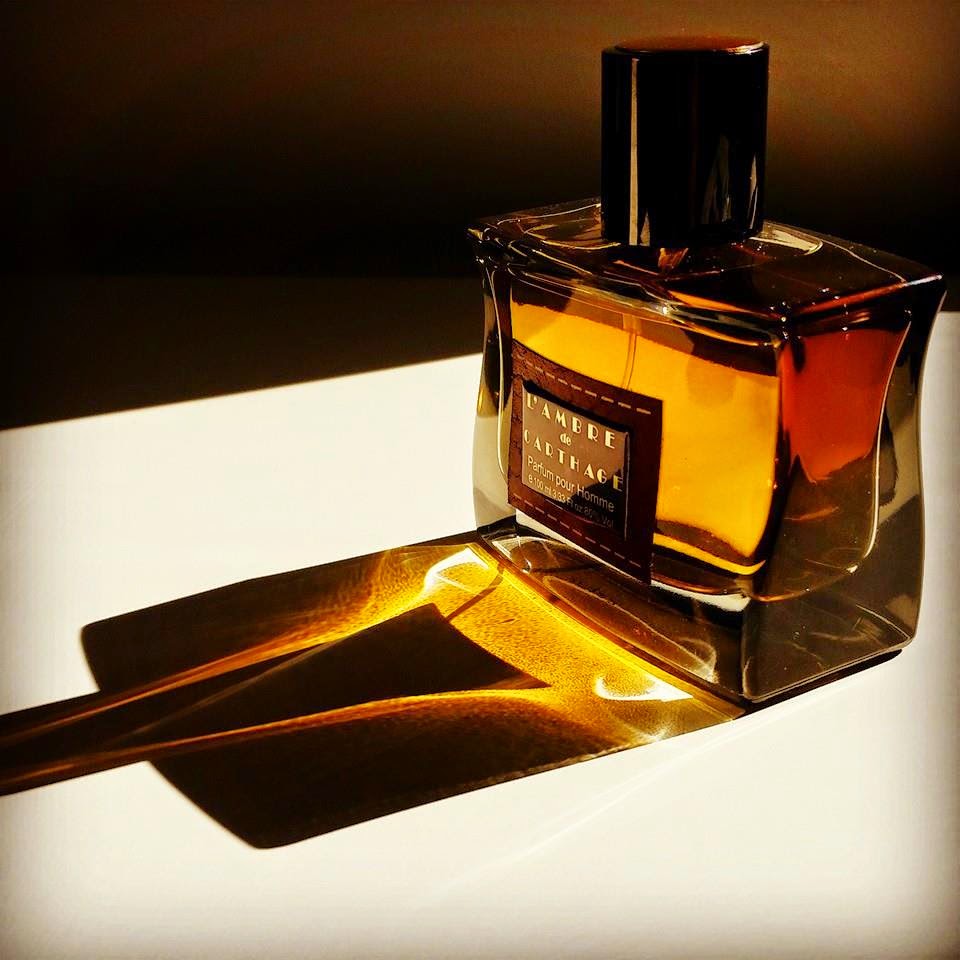 The first masculine launch which has enchanted both men and women alike.

A scent that surprises with it's unconventional approach, L'Ambre de Carthage feels resolutely more aromatic than most 'ambers' with the inspired introduction of bergamot, osmanthus and jasmine tea. This unfolds over a considered blend of oliban, labdanum, sandalwood, patchouli and musk. Mercifully, L'Ambre de Carthage is totally devoid of the tooth-achingly sweet accord of vanilla which one tends to expect in an amber scent. By veering away from an expected 'cookie-cutter' treatment, the outcome is a classy, sensuous and profound take on a time-honoured theme. 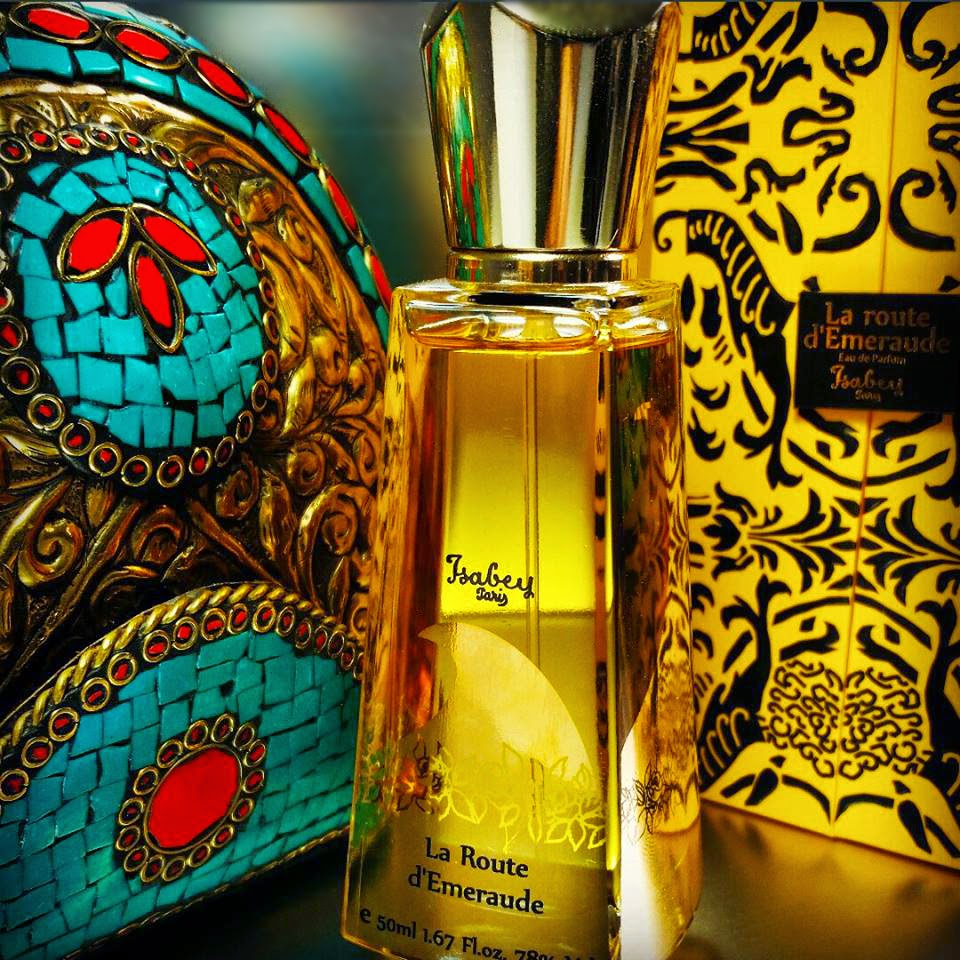 Inspired by the "Emerald Triangle" of Laos, Thailand and Cambodia, the flacon and packaging has been designed with an oriental slant.

With a brisk opening of citrus and sunny white florals, La Route d'Emeraude instantly evokes the sensation of solar warmth and the chirrup of cicadas ringing in the ears. Orange blossom, jasmine and tuberose blanket the perfume laterally, whilst a delicate pink blush of rose blossoms within. As the scent unfolds, lightly spiced, ambery, musky accords unfold on the skin, bringing with them a carnal, almost organic component. Elegant, opulent and alluring. 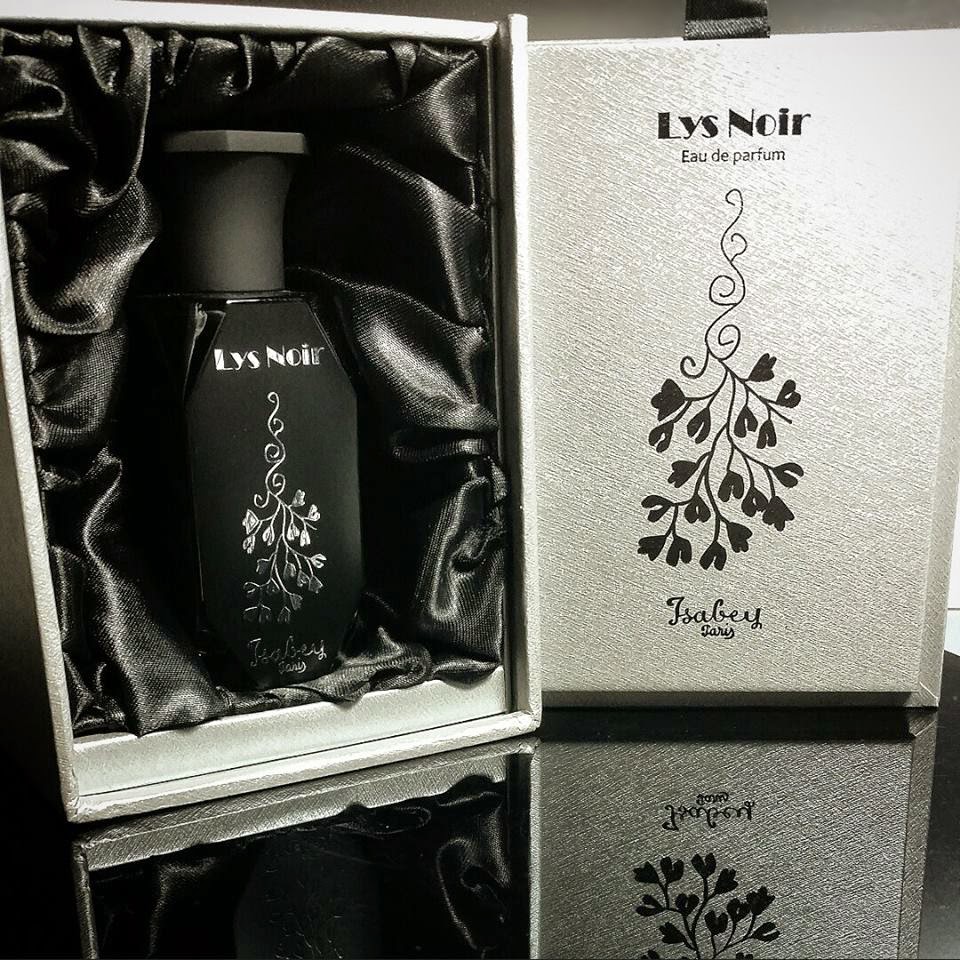 The most recent feminine release, presented in a beautiful silver satin-lined box harkens back to timeless perfume pillars of the past.

A scent originally launched in 1924, Lys Noir embodies the art deco age in appearance. Ageless and captivating this is a perfume with a hushed, intimate feel, like a sensual whisper in the ear from behind cupped hands. The oft-heady blooms of narcissus, lily and tuberose have been treated with a measured hand, and their heaviness diminished to just a tantalizing breath. The clever use of heliotrope, woods and musks brings complexity and balance. An extraordinary composition leaves Lys Noir dancing between being a voluptuous floral and a lip-smacking oriental. Mysterious and captivating, it is certain to turn heads.

In January 2015, Isabey will add three new novelties to the line; Les Perles d'Isabey. These are parfum extrait editions of Gardenia, Lys Noir and La Route d'Emeraude, presented in a pearl-shaped stoppered flacon and jewel box; exceptional pieces that echo those from Isabey's resplendent past. 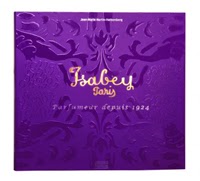 Finally, for a walk through Isabey's history, and to marvel at the stunning perfume presentations of almost a century ago, I recommend you search for the book "Isabey Paris, Parfumeur depuis 1924" by Editions Gourcuff Gradenigo (French and English language).