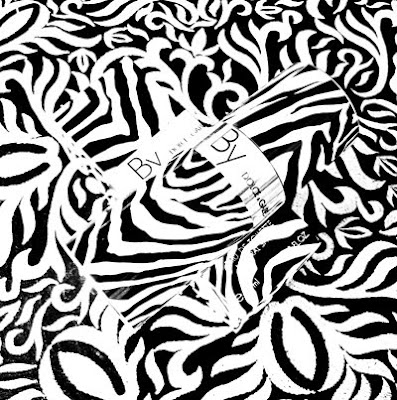 Five or six years have passed since Dolce and Gabbana By Man was withdrawn from sale, but, as is the case with many discontinued scents, it remains highly coveted now several years on. Fetching prices that border on the absurd, in recent years By Man has taken up residence next to Guerlain's Derby and Jean Patou Homme in the Obsolete Men's Fragrance Hall of Fame. Whilst one can only speculate as to why it vanished in the first place, I thought it necessary to revisit this eau de toilette and see for myself if it is indeed all that and a bag of chips.

Launched in 1998 whilst couturiers such as Dolce and Gabbana and Roberto Cavalli were on design safari, drawing their inspiration from animal prints from the natural world, By Man was packaged in a striking zebra print presentation and described as an aromatic woody fragrance. A swift departure from the stinging citrus/pepper composition of its slightly more mature predecessor Dolce & Gabbana Pour Homme, By Man proved a more narcotising bouquet of hushed lavender, warm nutmeg, creamy sandalwood, and soft leather imbued with sensual wisps of ambrox and amber. It was considered seductive and mysterious... qualities which endowed it with a certain sex appeal, and made it an instant favourite amongst men and women alike.

Whilst 'on trend' and rather modern in the late 1990's, By Man's very conspicuous zebra print wrap (now, in 2011) tends to summon thoughts of the Art Deco age - a time where travel to far-flung landscapes such as the Orient and Africa was the norm. Perhaps if there was ever a poster-boy for Dolce and Gabbana's By Man in the 1920's, it would be Rudy Valentino... a man who lived hard and died young, and whom was looked upon as an icon of style and virility. By Man is much like the actor himself; charismatic and appealing. Women want him, and men want to be him... it is an elixir that is both carnally desirable and desperately unattainable in equal measures.

As is the case with other perfume masterpieces such as Le Feu d'Issey, By Man seems to be one of those scents launched well ahead of its time, and sadly suffered for it. In hindsight, I feel By Man now seems to have come of age... it speaks of the past, but in a very fluid, modern vernacular.
Certainly one to add to your collection, if, of course, you can find it.
7 comments: