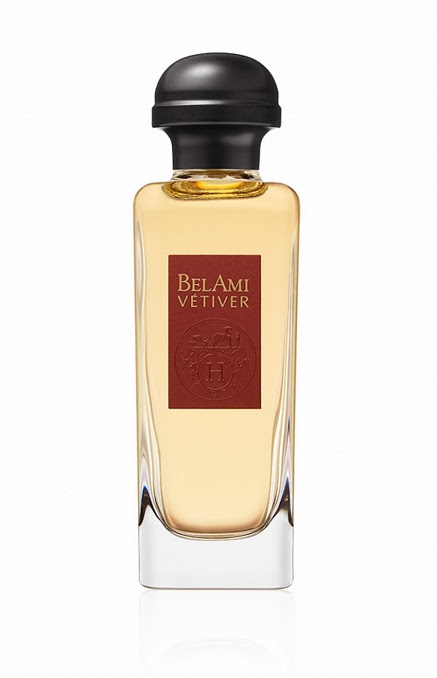 This December, Hermès are launching The Classics Collection - a selection of eight classic scents from the iconic French perfume stable that have been repackaged in the iconic 'carriage lantern' flacon.

The lineup will include one Jean Claude Ellena newcomer - a flanker to the 1986 masculine Bel Ami, aptly titled Bel Ami Vetiver. A vetiver / patchouli twist on the much-loved original, Bel Ami Vetiver will be available in Hermès boutiques and at Hermès.com from December, and will roll out to selected retailers in 2014. A special feature includes a discrete artwork seen through the bottle printed on the back of the label. I personally look forward to exploring the newcomer to the Classic family.
And it's time to rework my Christmas wishlist!
6 comments: 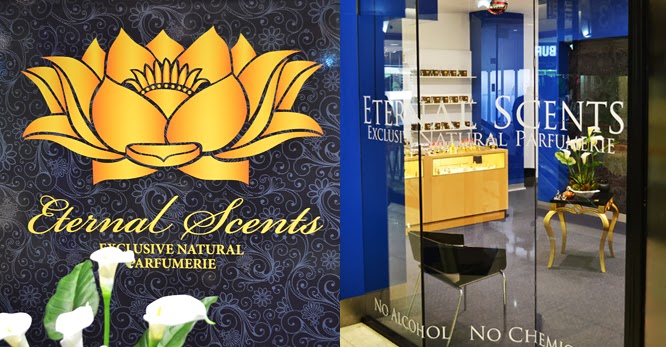 These days, Perth seemingly appears to be in a perpetual state of construction and renovation - cranes, scaffolding and maddening road closures plague the city. In a turbulent West Australian economic climate, as one retailer closes its doors, another soon arrives to take its place. So imagine my delight when, earlier this week, I came upon a brand spanking new artisanal perfume boutique in the Carillon Arcade called Eternal Scents. After suffering a disappointing string of many much-loved and oft-frequented perfumery closures in recent months, Eternal Scents was like a shining beacon, and I was drawn to it like a moth to a flame.

The beauty about this particular shopping destination for us perfumisti, is that Eternal Scents takes a very traditional approach to what they do. I say 'traditional' in the sense that owners/managers Rafael and Sharon Rodriguez have looked past the common mainstream inclination towards Haute French perfumery, and instead, have reached way back across the millennia to the style of perfumes that were being produced in ancient Mesopotamia, and during the rule of powerful Egyptian Dynasties. Eternal Scents are importers of exquisite perfume materials... raw natural ingredients in highly concentrated pure oil form, all of which have been hand-selected from reliable time-honoured distilleries and closely-guarded sources the world over. Their travels have taken them to Morocco, Egypt, Italy, France, Bulgaria, Dubai India and Saudi Arabia to name just a few, and they have done so, so that residents and visitors to Perth can experience a uniquely different style of perfumery than the masses are generally accustomed to. 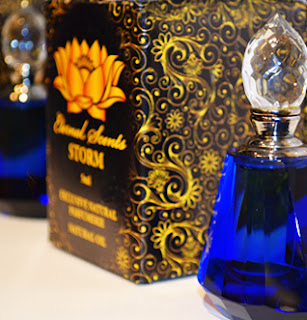 The sparkling clean windows that face the arcade proudly affirm "No alcohol, No chemicals". What Rafael and Sharon are offering, is a selection of stunning oils that run the gamut from single raw ingredients (such as Arabian Jasmine, Narcissus, Frangipani, Vetiver Bourbon and Somali Frankincense), right the way through to beautifully custom-blended oil creations that are composed from a selection of these soliflore / raw material components, and mixed with artisanal mastery. The oils are not suspended in alcohol, (as is the case with most fragrances that are found on the open market), and I assure you that just one tiny drop will last the better part of an entire day. These custom blends are both exquisite and compelling... whilst I was there, I sampled a minuscule dab of Indian Oud and Taif Rose which blossomed on the air the very moment Rafael unstoppered the bottle. Its presence could still be distinguished on skin after several showers, the following day. 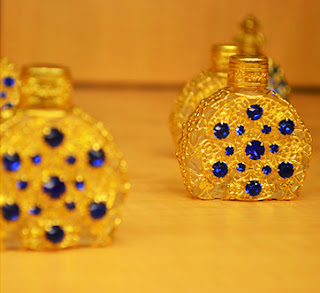 The oils are presented in beautiful 5ml faceted crystal flacons which catch the light like bewitching gemstones. In addition, a variety of pretty hand made gem-studded filigree / metal flacons are also available for perfumistas who like to carry their portable perfumes in their purse. Rafael and Sharon have also just launched a line of luxurious, non greasy body moisturisers to complement their range.

When asked whether they felt Perth has a demand for such a store, Rafael replied "Of course! We are the only commercial custom-blending perfumery in the region". Undaunted by the idea that they must effectively re-educate the masses on how to appreciate natural perfumery, it appears Eternal Scents' success has expanded exponentially ever since their humble beginnings selling their oils just a few days a week at Fremantle markets. Now, with a beautifully-fitted store in the Carillon Arcade, it feels like their star is on the rise. The pair have already enjoyed a celebrity clientele, including some well-known figures from the Harry Potter film franchise, a popular protagonist from one of Austarlia's longest running TV serials, and renowned figures from the West Australian Ballet.
From where I sit, it would appear that for Eternal Scents, the sky is the limit.

Whilst in Perth, drop in and say hello to Sharon and Rafael, and allow them to escort you through a startling and exciting (ancient) olfactory world of luxury and sensuality. 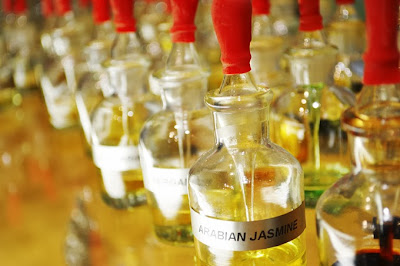 Eternal Scents is located on Level 2 of the Carillon City Arcade, between Hay and Murray Streets, Perth, Western Australia.