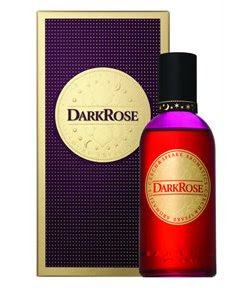 This week I received notification that British aromatics creators Czech & Speake are set to re-release a trio of sophisticated and beautifully presented scents in their Prestige Floral Collection of fine fragrances. The line up celebrates the return of three classic Czech & Speake scents: the vibrant and youthful Rose (1988), the sensual floral Mimosa (1986) and the exotic 2003 launch: Dark Rose. I have been hoping to try Dark Rose for a number of years now, but with its deletion from the C&S portfolio several years ago, it made it almost impossible to source.  At last my opportunity finally arose this morning when I received a very generous C&S sampler from London, comprising each scent from their aromatics line.

Dark Rose is a tenacious blend that excites from the get-go. The opening is sprinkled with fragrant saffron before the strikingly rich rose, precious woods, synthetic oudh and white musks combine to create a perfume that is unmistakably Indo-Arabian in nature. It is not unlike every existing  Montale aoud/rose release in both its style and composition. To a Western nose that has had little exposure to middle-eastern inspired perfumery, Dark Rose will excite and bewitch; but for those familiar with Montale's aouds and true Arabian mukhallat oils, it may fail to impress.
In August last year I blogged about Mukhallat El Emirates - a robust and opulent elixir that now to my nose, I regard as the absolute kissing cousin to Dark Rose. Comparing the two back to back, I am almost unable to determine any differences in smell... any variation that does exist, I would likely attribute to the quality of materials used in each composition. The mukhallat contains natural oils and extracts, whereas the C&S release is comprised of a long list of copy-cat synthetics (many of which are clearly declared on the back of the sample card). Dark Rose's persistence and sillage are fleeting (perhaps 2 or 3 hours, tops), whereas a few drops of the Arabian oil will imbue the air around you for the better part of an entire day.
I would be very interested to obtain a sample of the original 2003 Dark Rose cologne, just to determine if there are any nuances (both subtle or obvious) that differ from the reissued formulation. I might say that Dark Rose 2009 does manage to cut a path amongst many banal mainstream and niche releases, and its interpretation of Indo-Arabian perfume is sound; however when given the opportunity to measure it against the real thing, Dark Rose falls just a little short.

this is nice, let's see if i get any nice samples for my review:)